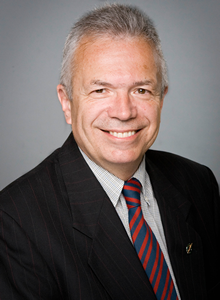 I am Corneliu Chisu the candidate for People's Party of Canada for Pickering Uxbridge the party that puts the interest of Canadians first.

My basic education is in engineering, engineering physics specialty from the Polytechnic Institute in Bucharest, Romania and a Master of Engineering degree from the University of Toronto in the same specialty.

Life events have given me the opportunity to practice engineering, international relations and trade, diplomacy, project management, and military engineering on three continents (Europe, North America and Asia). Lastly, I have worked in politics as the elected Member of Parliament for Pickering-Scarborough East in Canada's 41st Legislature (2011-2015).

For my professional and volunteer activities I have been awarded several honours:

- Civilian Awards: The Commemorative Medals for the Golden Jubilee and Diamond of Her Majesty Queen Elizabeth II, The Province of Ontario Volunteer Award 2005;